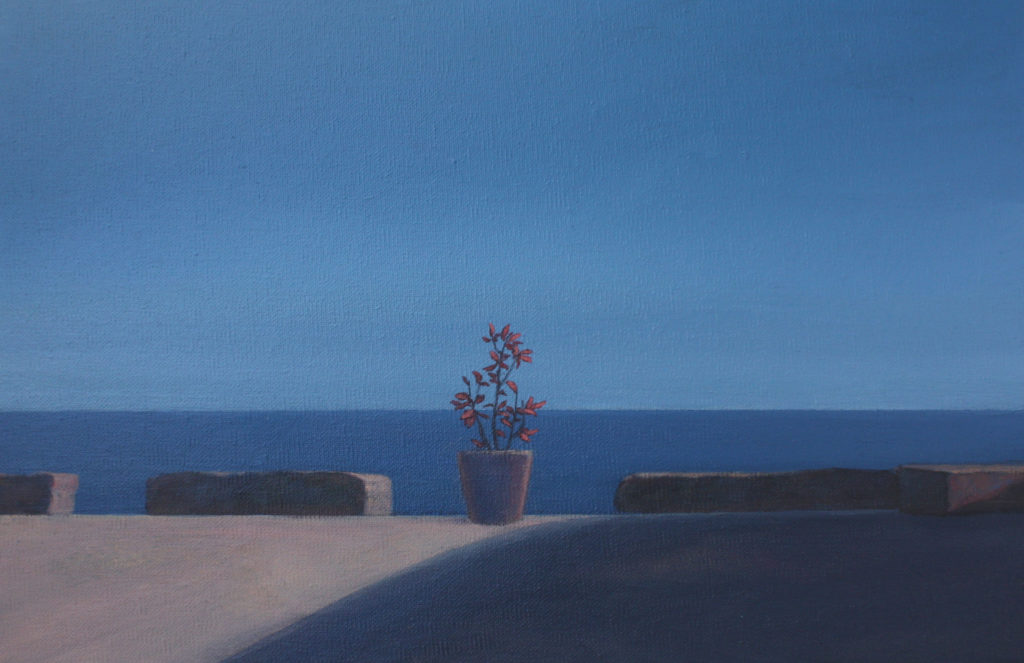 The exhibition presents the most recent work by Ondřej Roubík, created in sunny Mallorca, where he moved less than a year ago. Changing the environment brought with it many new stimuli, which of course reflected in his creation. Motivated by new perceptions, the painter explores his own creative practices – testing new techniques and media and developing his authorial handwriting. The pictures continue to be dominated by figures stopped at the moment of internal psychological processes, but at first glance there is a change in the atmosphere of the displayed scene. While Roubík’s earlier work was focused on a thorough psychological analysis of the portrayed figure, the figure is now rather a helper, taking on a role in the scene, which itself carries meaning.