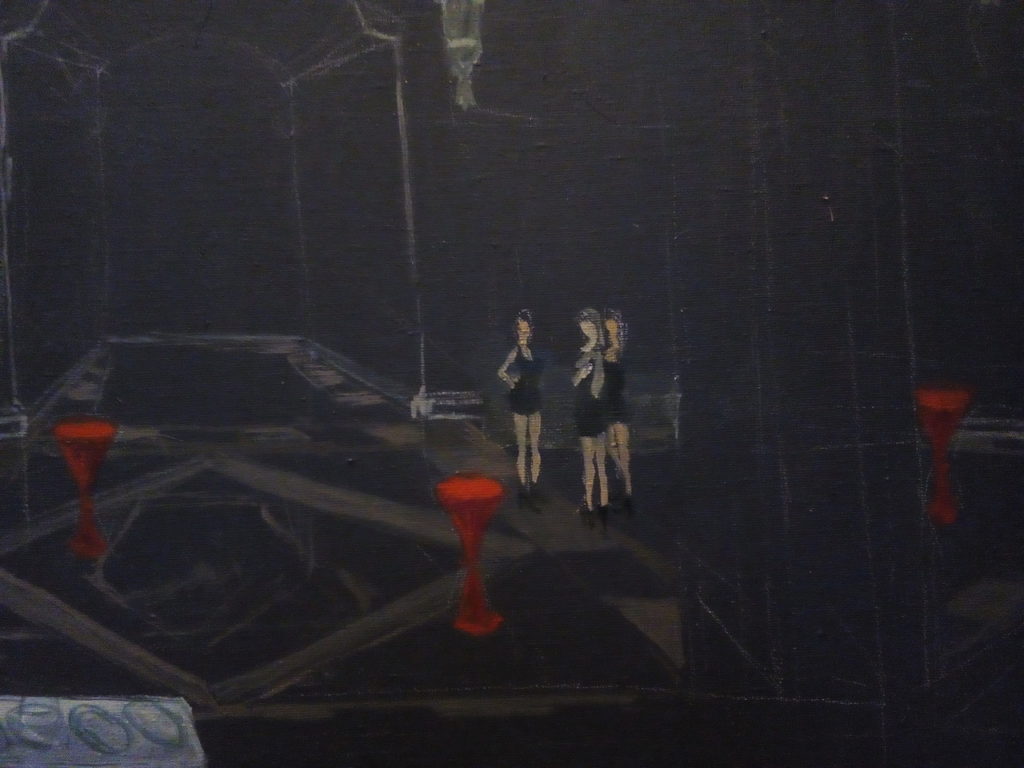 Someone managed to see the ghost of naked existence in the protectorate darkness. Night walker, a ghostly phantom; stars drowning in clouds made of ink, stars pinned with antennas; constellations like neuronal connectors; cinemas of schizophrenic dreams; on the horizon, a lonely platonic body – gasholder in Libeň- the soul of the city, the soul of the machine-made creature. In retrospect, despite the distress, a steady picture! But how has it reformed to the present day? What can be made out on the background of the current twilight when “the settlement is shining from behind the motorways on the stars” ?, asks the painter Filip Horyna from his axis mundi on the Anděl intersection. From the bubbling cauldron filled with light smog, rises the narcotic scent of the ingredients of this instant glop – movie houses, business centers, mortgages, fallen lives, modern oligarchy – glop spiced with glowing jackpot numbers and data currents of cyber warfare. Do human stories, albeit always unique, create a mad fractal within the consumer framework? “… plastic bag, it was flying over the parking lot, it was high … and its whirlpool has brought him higher than you normally see a crane or a tower … Lidl, Mainl, Tesco and that’s all … on the city map it’s a centimeter, and I know about every meter of that kilometer … “Filip Horyna (1985) has a sense for symptoms, for many times more than spoken speeches of more general space-time constellations, but does not incline to the didactic of a critical commentary, but speaks raw at an exhibition called God’s Fur.